Among its four uses, the structure comma signals that multiple elements in a sentence share the same grammatical purpose.

Use the Comma with Coordinate Words and Phrases

The term coordinate refers to the presence of equivalent grammatical elements in a sentence. Consider, for instance, this image: 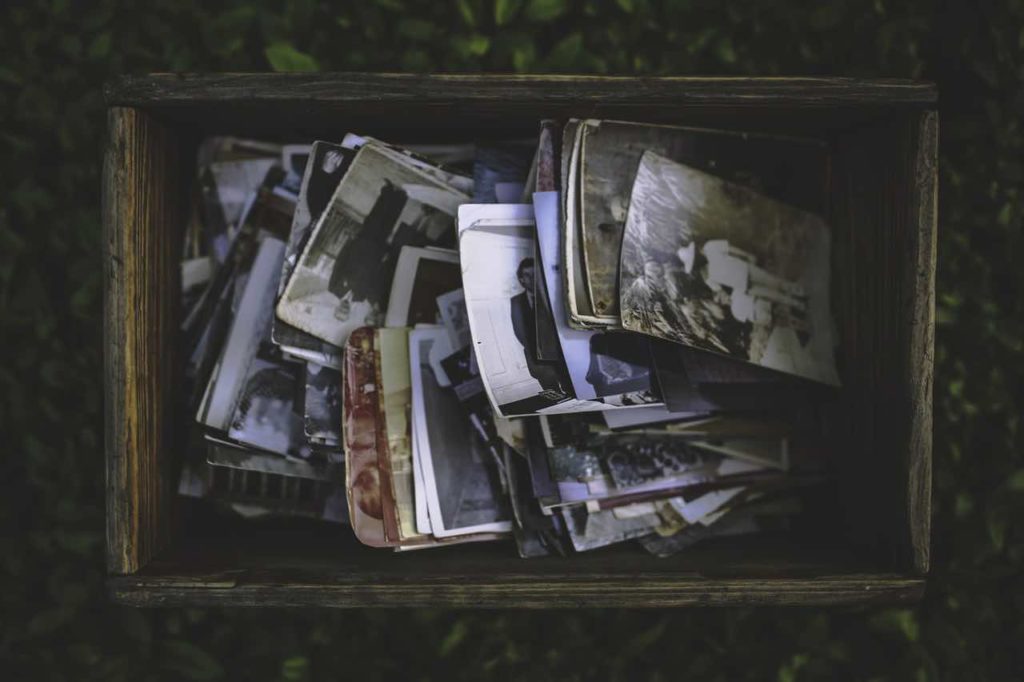 We could describe this image as showing a box of photographs that are both old and tattered. “Old” and “tattered” in this description are coordinate words—both adjectives modify the same objects, those photographs. When we write these coordinate words side by side without a conjunction, we insert a structure comma between them:

The box held a treasure of old,↑tattered photographs.

Someone had quickly,↑haphazardly piled the photographs into the box.

In this example, the phrases “old photographs” and “not old letters” are coordinate direct objects of the verb “contained.”

However you choose to use a pair of coordinate elements, remember to always insert the structure comma between them when you use them side by side without a conjunction.

Not all modifiers side by side are coordinate

Not all modifiers side by side are coordinate

Two adjectives or adverbs placed side by side are not necessarily coordinate. Be careful, for instance, not to mistake a modified open compound word for a coordinate construction:

Incorrect: Look at that great, three-piece suit in the photograph.

Correct: Look at that great three-piece suit in the photograph.

Before you mark two words as coordinate modifiers, flip their order in your mind. If the clause or phrase no longer makes sense, the two modifiers are not coordinate:

Incorrect: Look at that three-piece, great suit in the photograph.

Correct: I ate a foot-long hot dog at the ballpark.

Incorrect: I ate a hot, foot-long dog at the ballpark.

The previous section explained that when two coordinate words or phrases appear side by side without a conjunction, we separate them with a structure comma:

The box held a treasure of old,↑tattered photographs.

But when the two coordinate elements are connected by a conjunction, no comma is used:

The box held a treasure of old and tattered photographs.
Use the Comma with Independent Clauses Connected by a Conjunction

An independent clause contains a subject and a predicate, and it can stand alone as a simple sentence:

This is the basis of every sentence—one controlling subject (“the team”) and one controlling predicate (“won”) to make one main idea. But when we join two independent clauses together as one sentence, look at what happens:

The team won and the whole college celebrated.

Now the sentence has two subjects (“the team” and “the whole college”) and two predicates (“won” and “celebrated”) competing with each other. Is the team the focus of the sentence, or is the college the focus? Further, the second independent clause could be initially misread as an extension of the first clause’s predicate: “The team won and that team also the whole college…wait, back up—that doesn’t make sense…”

To avoid this confusion, we use a structure comma immediately before the conjunction to indicate that this sentence has two separate but related controlling ideas connected as one compound sentence:

Remember to use that structure comma before any conjunction connecting two independent clauses as one sentence. You can remember the coordinate conjunctions most commonly used for this purpose by memorizing the acronym FANBOYS: for, and, nor, but, or, yet, so.

Some writing style guides do allow for conjunctions to connect independent clauses without a structure comma if both of the clauses are short and the resulting sentence won’t confuse readers:

The team won and the whole college celebrated.

But readers can have different ideas about what is “short” and what is “confusing.” So it may be best to maintain consistent comma usage with conjuncted independent clauses regardless of their length:

Technically, both of these examples are correct. The second one however, is the safer bet.

Don’t Use It to Connect Independent Clauses without a Conjunction

Correct: The team won, and the whole college celebrated.

Use the Comma with Elements in a Series

The box held a treasure of old,↑tattered,↑and faded photographs.

In the example above, the words “old,” “tattered,” and “faded” are coordinate modifiers of the object “photographs.” A list could also feature coordinate objects, instead:

As well as individual words and short phrases, the list of coordinate elements might also be dependent clauses:

The man sporting the three-piece suit,↑the woman wearing a full brim hat,↑and the child dressed in the white shirt are my relatives.

In this example, the dependent clauses “the man sporting a three-piece suit,” “the woman wearing a full brim hat,” and “the child dressed in the white shirt” are coordinate subjects of the predicate “are my relatives.”

The list of coordinate elements could also be a compound sentence of three or more independent clauses:

Is the final comma in a series necessary?

Is the final comma in a series necessary?

Some style guides allow writers to link the final coordinate element in a series with just the conjunction without using the comma:

The man smiled,↑the woman grinned and the child laughed.

In this example, the meaning of the compound sentence would probably remain clear for most readers. But in other instances, that missing final comma in the series could create some awkward misunderstandings:

This photograph shows my family,↑a stray cat and a mule.

The phrase “a stray cat and mule” in that sentence could be misunderstood as a nonrestrictive description, meaning that my family consists of a stray cat and a mule.

Conversely, using both a comma and conjunction with the final element in a coordinate series will consistently help readers better understand your meaning:

A reader could still interpret “a stray cat” as a nonrestrictive description of your family members, but that misunderstanding is less likely in this construction. When readers see three items in a row separated by commas, they usually interpret them as a coordinate list before another a sort of construction.

Don’t Use It with a Series Connected by Conjunctions

Writers sometimes use conjunctions to connect every element in a series instead of only the final element. Among other effects, this style can evoke a stronger sense of repetitiveness:

The infant writhed and wept and shrieked until his parents finally gave up trying to get a family picture.

Click on the option that correctly uses the comma with coordinate elements: 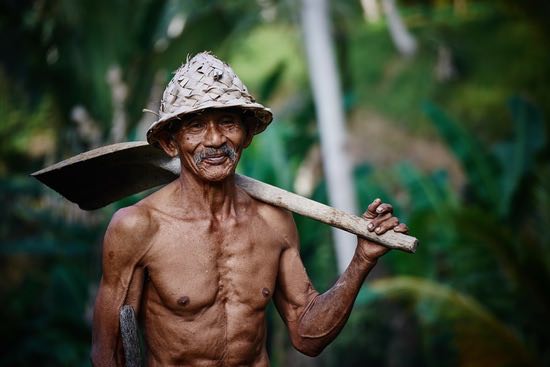 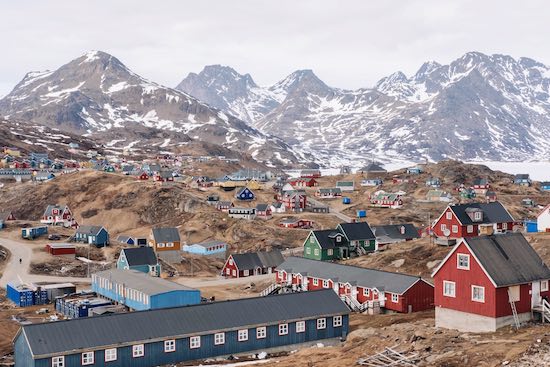 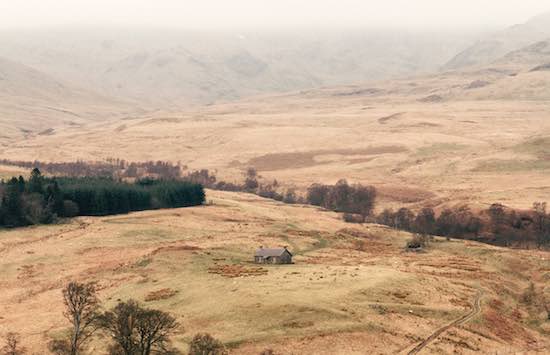 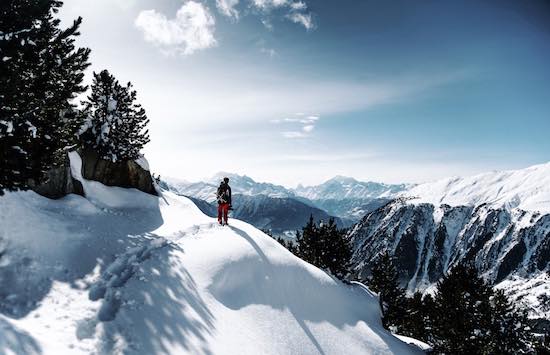